About Us | Bumpus Harley-Davidson of Jackson

Let me begin by thanking you for your interest in Bumpus HD® of Jackson. The Bumpus Family has been serving the West Tennessee Golden Circle area since 1995, but our Tennessee roots go back much further than that. Jackson TN has been the ancestral home of the Bumpus Family since the mid 1800's and we have been a part of the Harley-Davidson® community for nearly 30 years.

The BHD story began many years ago, as my father recalled:

"How did you get into this business"? This is a question I'm asked quite often. I'm always puzzled as to where to start. Should it be when son Dan at ten, gazed admiration and envy when a bearded, tattooed biker pulled up beside the car on our way home from church on a Sunday morning in Jackson, MS? His bike was a "chopper" by anyone's definition. High handlebars, flame paint job, straight pipes, and they all matched the arrogant, even superior, expression on his face.

Or was it when I bought Dan and Tim a 50cc Mini-Trail to ride in the back yard? Maybe it was when Tim at 18 finally bought himself a Sportster. It could have been in a motel in Dayton Ohio, while celebrating a trip to the Indy 500 that a friend suggested that we, in our late 40's, should get a motorcycle, to which I replied, "That's the craziest idea I've ever heard." Finally I said, "I'll get one when you do". Two weeks later, he had one and I was looking.

In the summer of 1984, Dan and I took a cross country trip on our Harley®. It was a life changing experience. I was working a rather high pressure job with a railroad in Chicago. I wore a suit and tie every day and my office was in a high rise near the "Loop". I found myself in jeans and boots riding through the Black Hills, up to Montana, then down to Texas to visit son Tom. The pressure of my job faded away with the roar of the engine. Watching Dan ride like he was part of the bike while I tried to "keep up" was an awakening that my life wasn't what it could be, yet I still didn't know what direction to go.

Then in 1985 came an event that affected the entire family. Dan, at age 28, had a near fatal stroke. We found that he suffered from a blood disease that caused him to have too many red blood cells, causing the blood to thicken, thus causing the stroke. It was extremely rare for anyone so young to have this disease and therefore, it went unrecognized.

The next few months were spent in the hospital in Memphis and rehab at Northwestern University hospital in Chicago. It became apparent that Dan would not recover the use of his left side and had lost some of his vision. The doctors felt that he would never walk again, but they didn't know Dan!

We were on the train coming from Chicago to Memphis. I had a private car on the rear of the train, and as we watched the Illinois farm country go by, I said, "Dan, you won't be able to go back to your engineer's job at the railroad. What would you like to do?" His answer was unhesitating, he obviously had been giving it some thought. "I'd like to own a Harley® shop." With little insight as to what was involved, but with a father's determination to help his son, I replied "When we get to Memphis, I'll go talk to the owner."

What had I done? Could we possibly follow this through? Too late now, I had to at least try. The next day we were met in Memphis with a car and went directly to the local dealer on Summer Avenue. The dealer also handled Yamaha and BMW and though we didn't know at the time, had family health issues which would encourage him to sell.

You have always heard of someone walking into a place and saying, "Is this place for sale?" We weren't that blatant, but close. His answer "Yes", both surprised us and scared us. I promised to come back within two weeks to discuss terms. 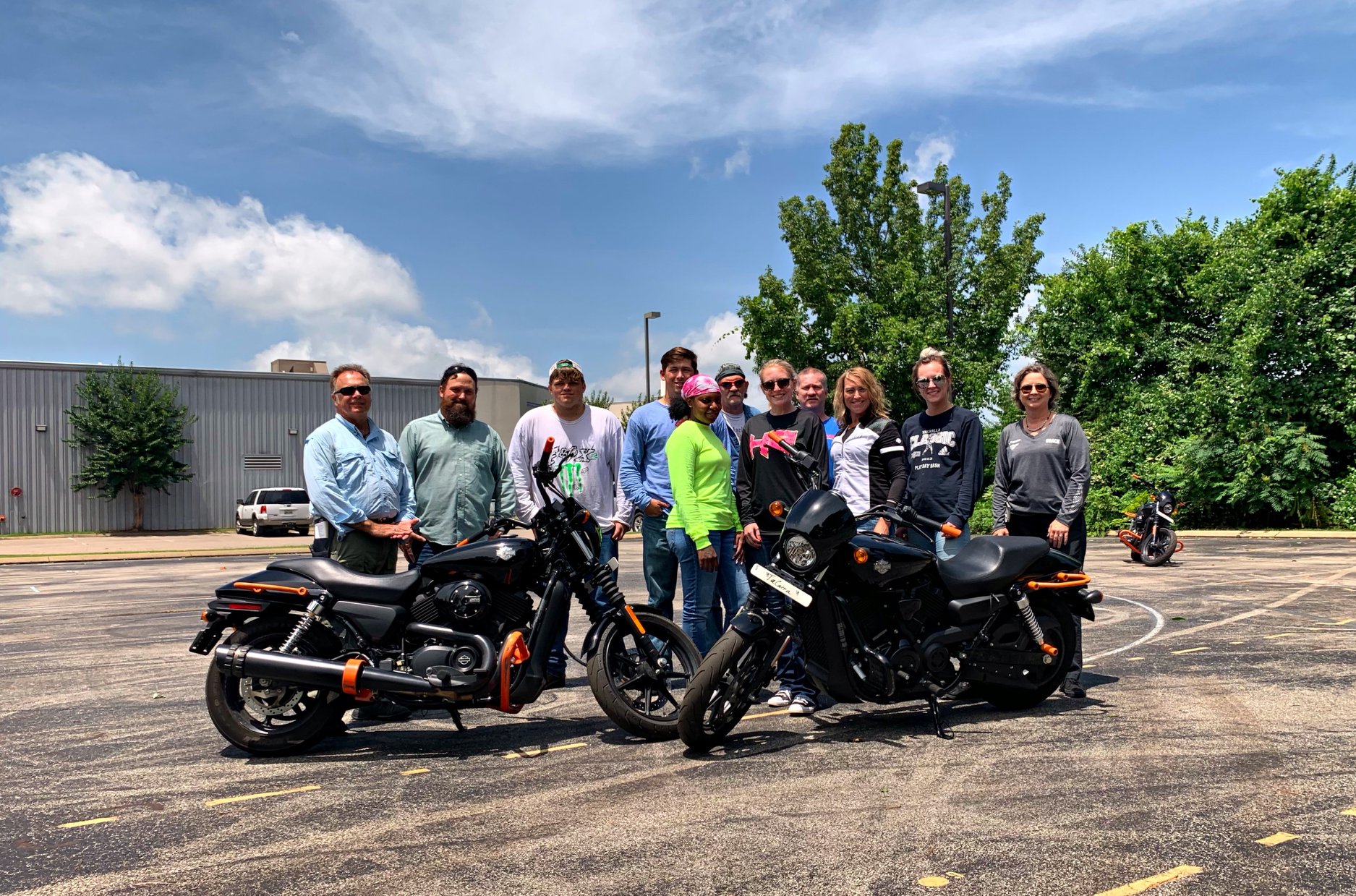 Well, they got that deal closed and in the summer if 1986, Bumpus HD® was in business! We soon grew the business and in 1995, I made the move to Jackson and BHDJ was born. We busted the seams of that little building on Airways Blvd and in 2001, we made the move to Carriage House Drive and the rest is history.

At BHD, we are all about you, the rider. It is our goal to give you the finest Harley-Davidson® experience anywhere. We are riders, serving riders. We know what makes you tick, and we are here to deliver. Whether you are shopping for your first Harley®, considering an upgrade, or just wanting to know what is going on around town, we hope that you can find what you're needing here. We are in the business of "serving you". Let us draw on our decades of experience and the size of our operation (Bumpus HD® has stores not only in Jackson, but also Memphis, Collierville, Murfreesboro and Lynchburg) to make sure you have the best experience and selection possible.

Should you have any questions at all, please contact us at . Our team at Bumpus HD® is ready to serve all of your Harley-Davidson® needs. Experience the difference today.